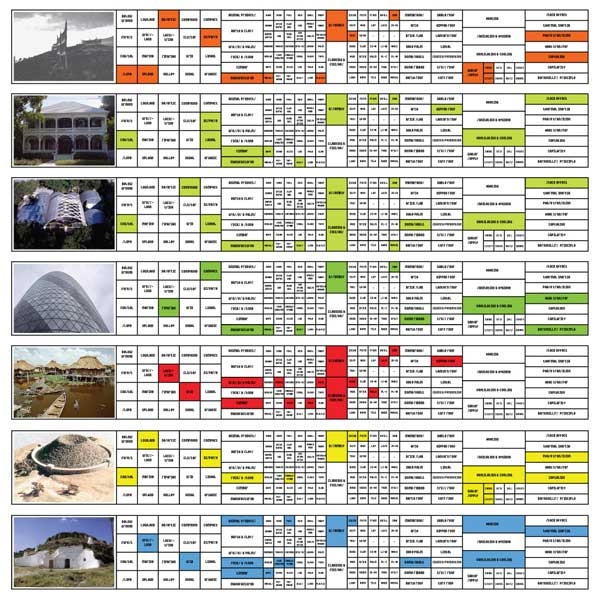 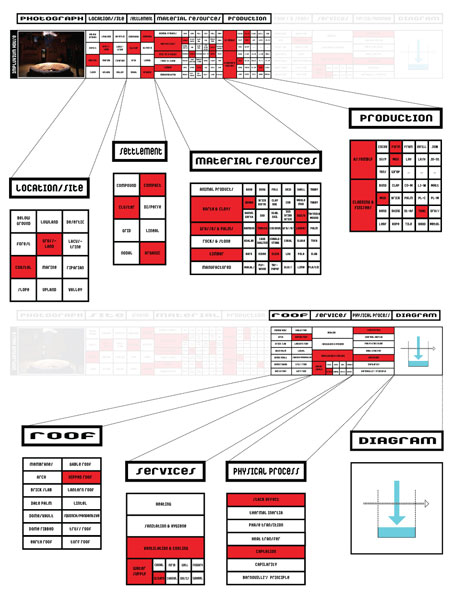 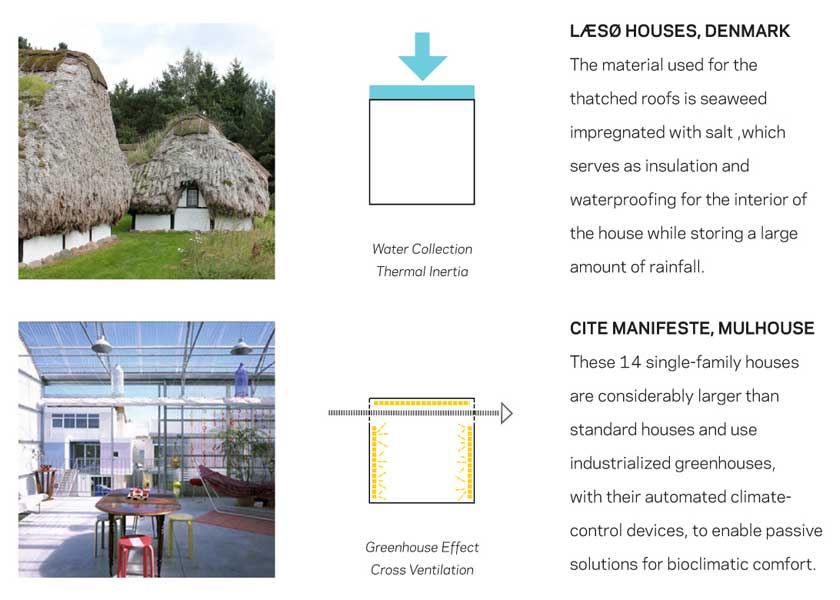 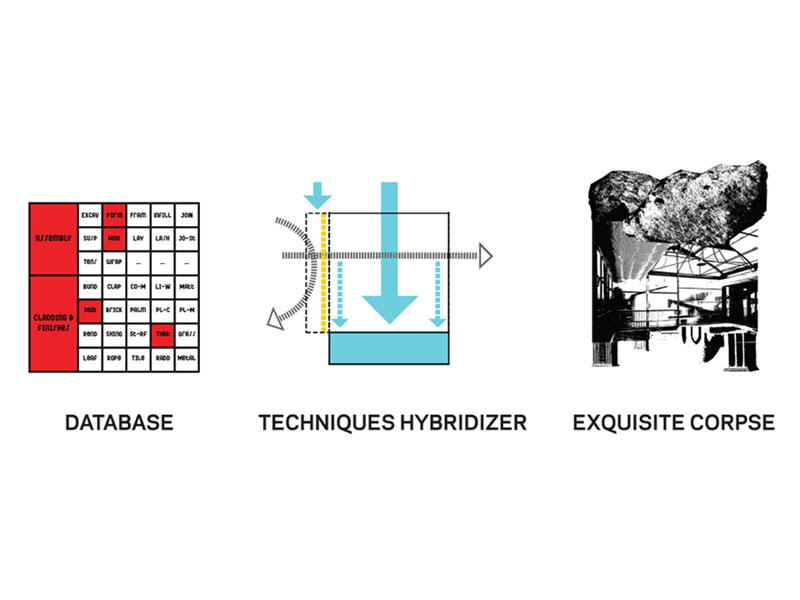 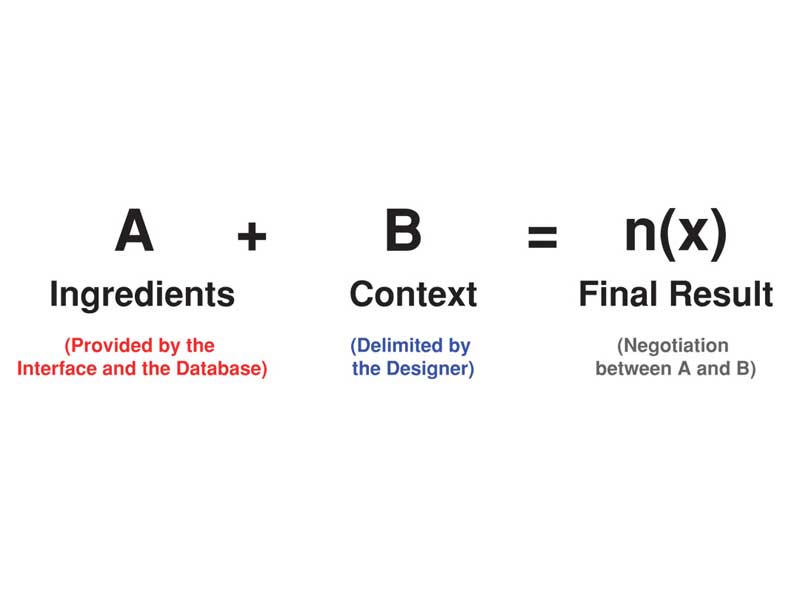 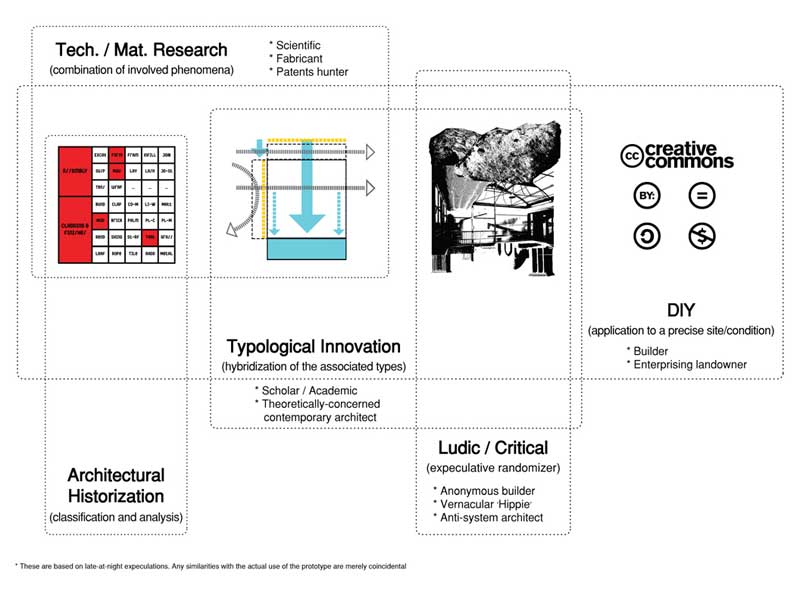 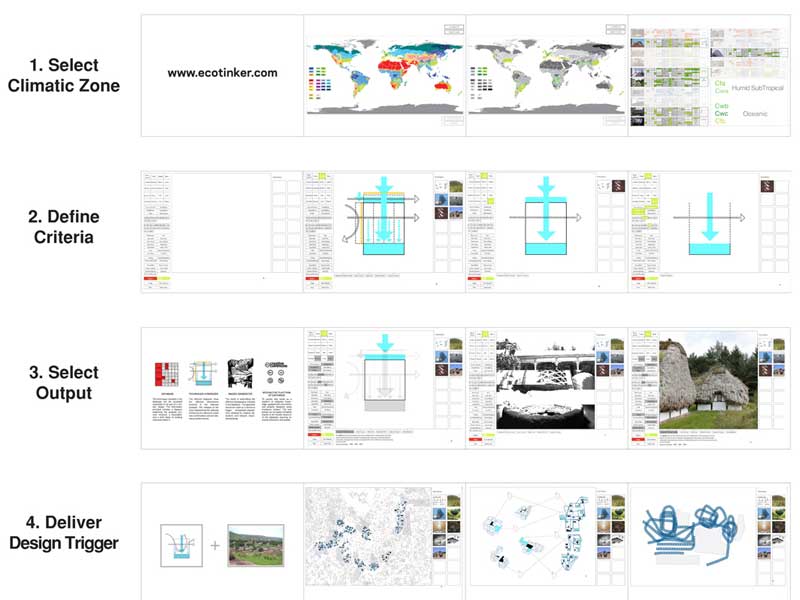 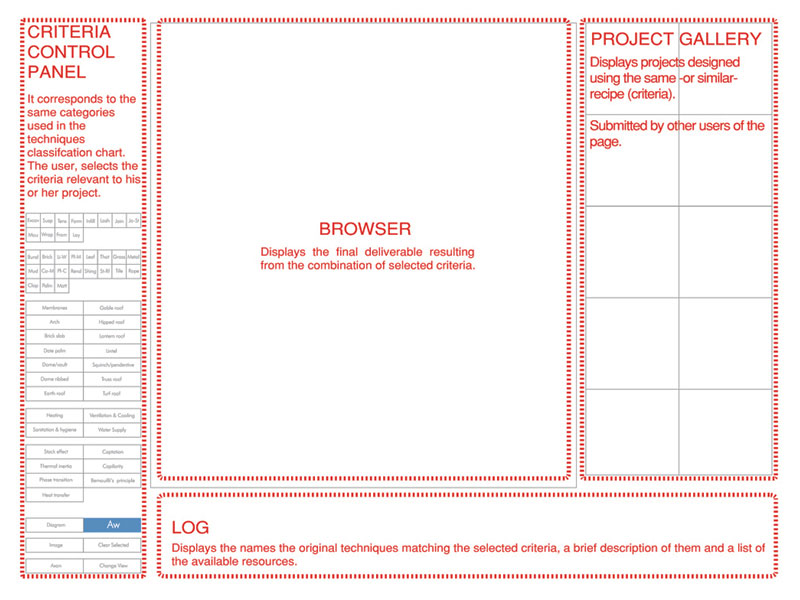 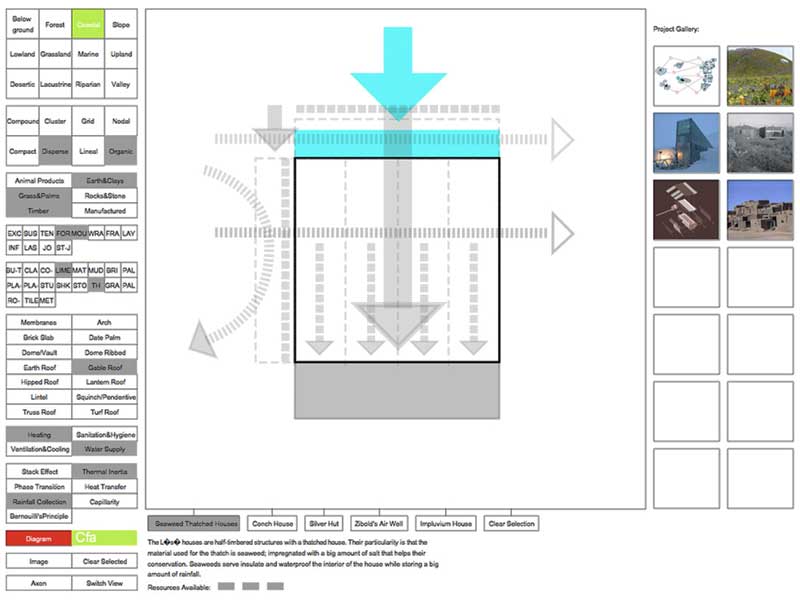 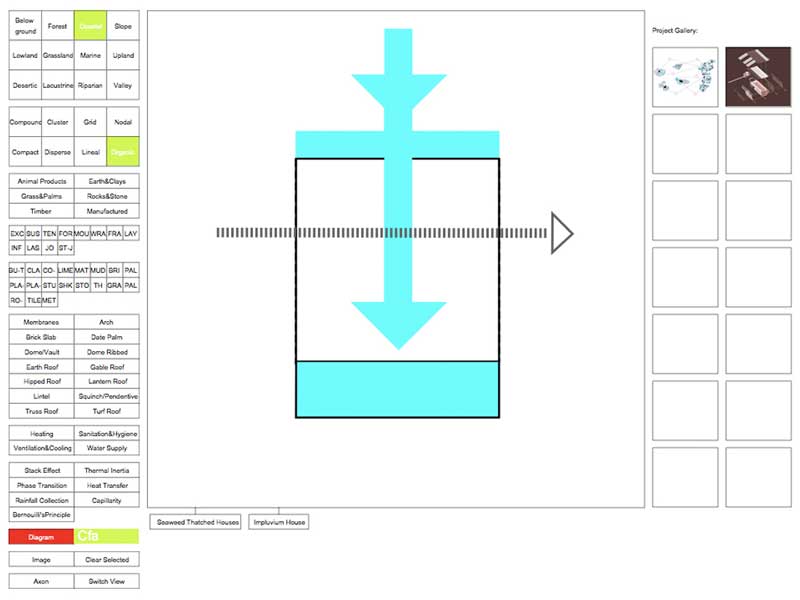 This research project operates at this existing disconnection between architectural design and sustainable development—whose result is a sort of induced status-quo that has transformed sustainability into nothing more than a “sustained” technocratic development. If we accept a little dose of generalization, sustainable architecture can be reduced to a caricature with two faces: one, a technophillic monument to ecology and the second, the pastoral praise of passiveness. Both approaches raise problems when dealing with contemporary concerns such as rapid urbanization, environmental inequalities or globalized urban sprawl. In this context, the project looks for a new way to define sustainability in architectural terms, one that activates ecology as a valid and relevant component of the design process. To this end, a series of interactive tools (database, mixer and resource manual) are proposed. Additionally, the final interface serves as a community-based platform for collective knowledge, one that brings together different agents in an interdisciplinary discourse of ecology. The platform outlines a field of operation intended to trigger real alternatives to the traditionally technocratic notion of modern development.

The tools are designed based on one basic principle: since the architectural techniques contained in the database each respond to a particular climatic context, then, if they are analyzed and classified according to their essential components and physical processes, they theoretically can be exported to similar climatic conditions around the world to produce similar results.