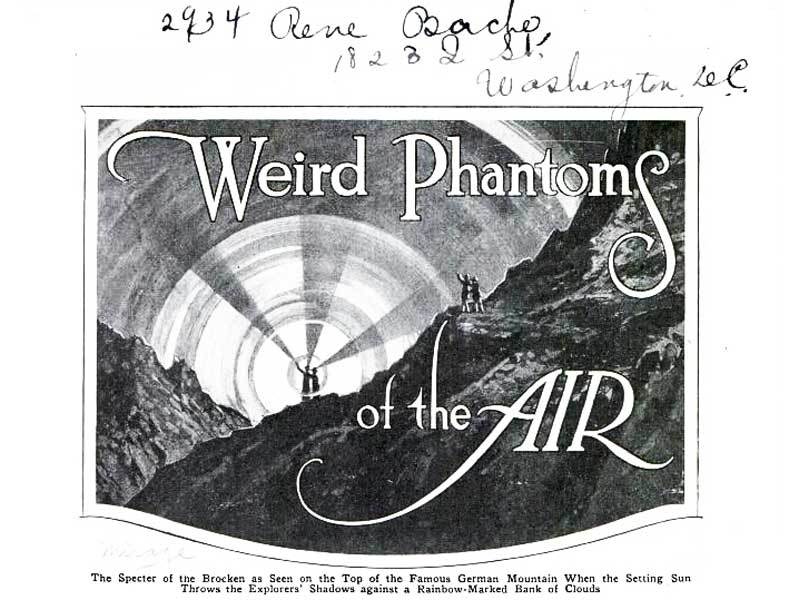 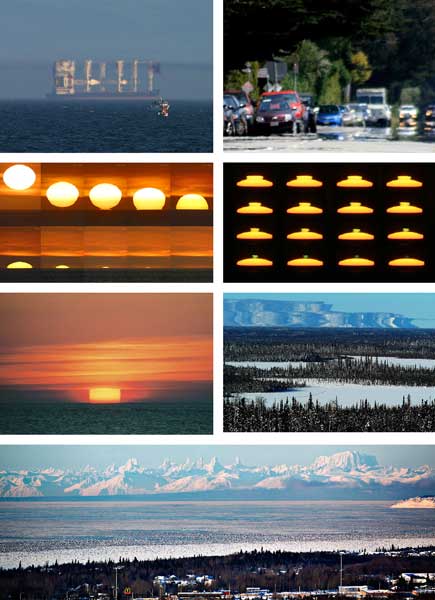 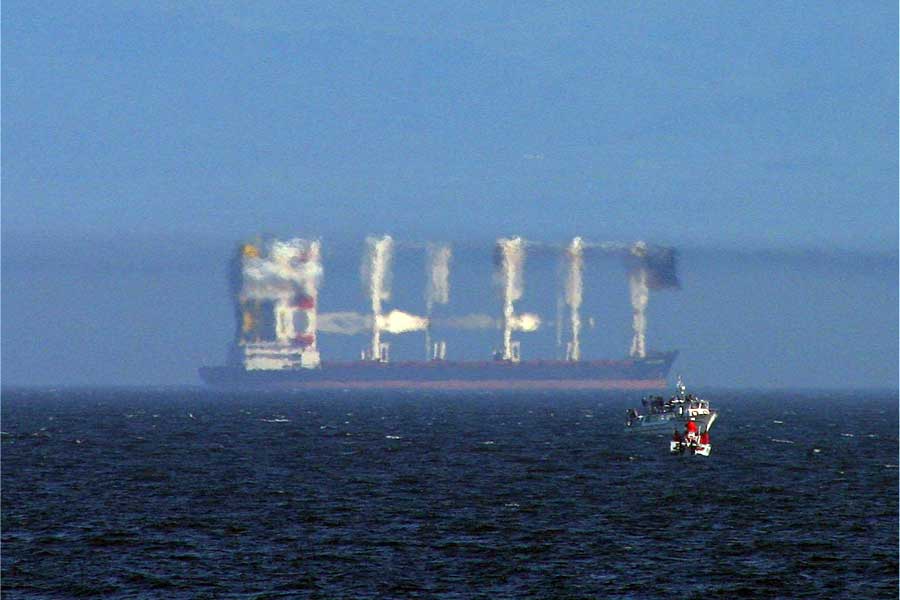 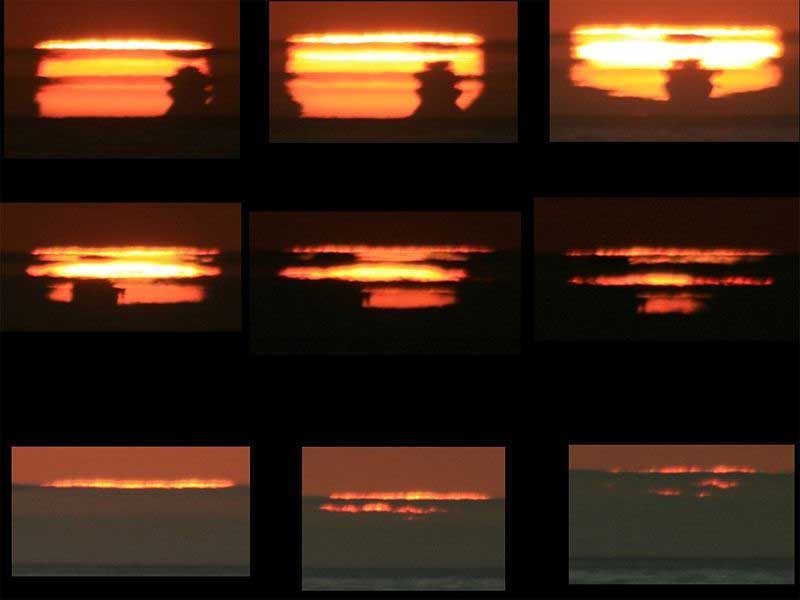 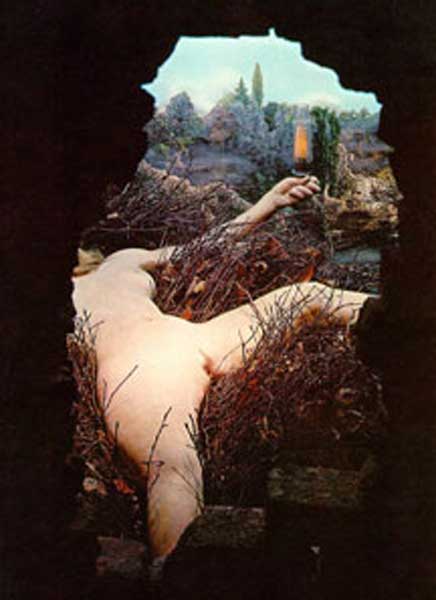 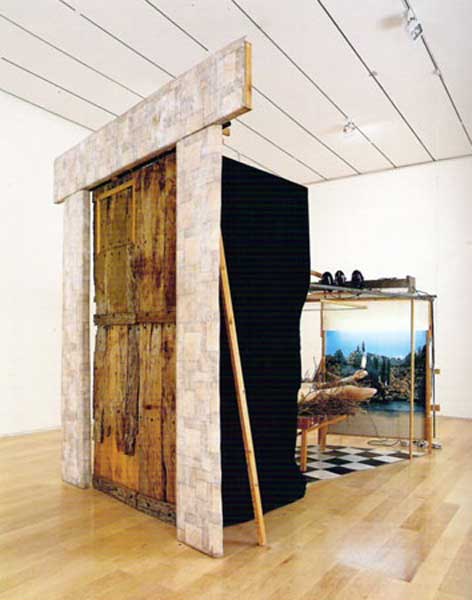 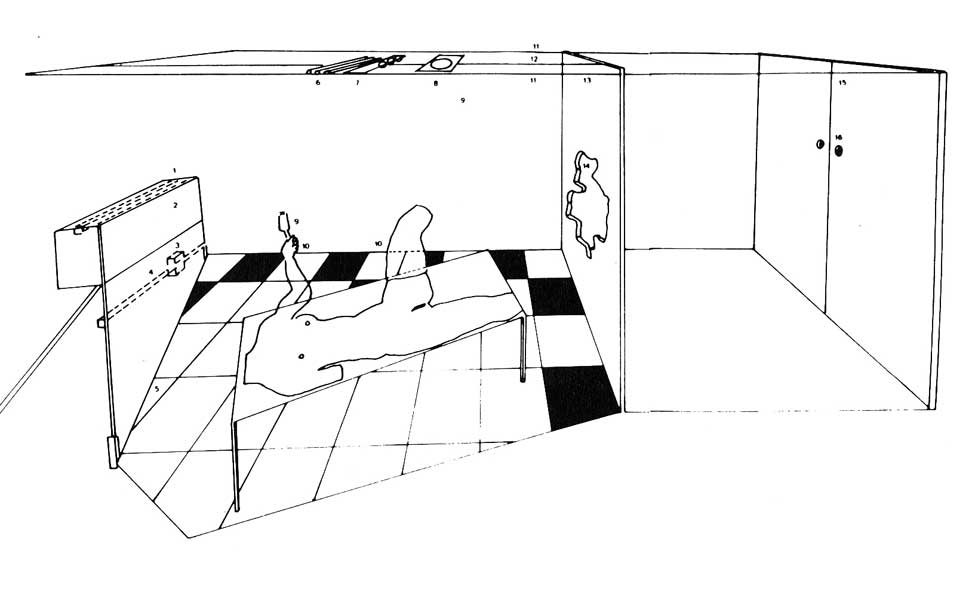 A mirage is a physical phenomenon that occurs naturally and produces an optical distortion of the perceived object. Its origin is in the layered composition of the Earth's atmosphere - with different air temperatures and densities - that affect the way light is refracted and, therefore, processed by the eye. Other similar illusions (fata morgana, halos...) appear under different conditions, producing different forms of misleader and deception that affect, not only sight but also the rest of the senses.

All of these intellectual deceptions have a physical origin and occur under very precises circumstances, therefore, they can be reproduced -or voluntarily forced- by controlling atmospheric conditions. This conscious operation implies a broad spectrum of phenomenological manipulations that question our sensitive infallibility and refer to a certain state of hyperreality.

In this sense, the project challenges some of the certainties of associated to the production of space by incorporating these illusory artifacts as valid operational (and architectural) devices. How can these naturally-occurring phenomena be incorporated as part of a contemporary material culture? How would they affect the way we position ourselves in a certain space and react to it? The understanding of the field conditions under which these phenomena can occur, its catalog and its application unveil a new form of space (and architectural) production based on a series of ephemeral and immaterial presences of physical origin.